Be Your Own Health Advocate | Your Pace Yoga Skip to content

Be Your Own Health Advocate

Be Your Own Health Advocate

When I met fellow physical therapist Andrea Wood, PT, PRPC, she was preparing herself for a hip surgery that entailed a long road to recovery. Using her experience as an example, Andrea talks about how to be your own health advocate and a participant rather than a spectator in your health.

My mind raced with anticipation as I sat for 2 hours in a waiting room with my dad and boyfriend at Boston Children’s Hospital.

Around me were children’s books, arts and crafts, and the cartoon Doc McStuffins playing on repeat. I felt like I was in a parallel universe sitting in a children’s hospital at 25 years old with my dad.

However, given the hospital’s reputation for treating hip dysplasia, I had no other choice but to be here for a second opinion.

I was used to hearing “nothing is wrong with you” as I continued to plead that I was still limping and it made no sense. Perhaps I really was going crazy. Perhaps as a physical therapist, I knew too much and was creating this in my head.

The second opinion led to me having a procedure called a periacetabular osteotomy to correct for hip dysplasia. Hip dysplasia occurs when you have a hip socket that is shallow or facing in a way that can make your hip prone to instability. 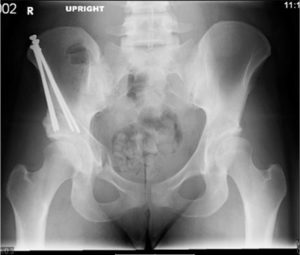 During the procedure a surgeon has to cut the bone of your hip socket, reposition it, then place about five screws to hold the bone together as it heals. It usually requires a four-day hospital stay, eight weeks of non-weight bearing on crutches, then another four weeks weaning off crutches. Six months to a year later, the screws are removed in another procedure.

The benefit of the procedure is that, if successful, it has the potential to delay or even prevent a hip replacement.

Becoming my own health advocate

Six months passed between my second opinion appointment and this procedure.

The first two of those months were spent in a depression, feeling sorry for myself, and having the “why me” feeling. I’m pretty sure I watched three CSI Miami marathons melted into my couch in those two months and not the kind of binge-a-thon that feels glorious because you deserve it after an achievement.

The other four months were spent feeling a lot more level-headed, enjoying time with friends, and being able to be active again with accepted modifications.

Below are my reasons for my transition to deciding to take control:

I decided health would be my first priority so I could feel as good as I could before going into surgery. I decided to work part time at my physical therapy job so the rest of my energy could be spent on my own rehab process.

I found myself a great pre-op physical therapist. Her name was Dustienne Miller. I am sure you have all heard of her. 😉

I got creative about exercise. I may not have been able to go for a run, but my posture became so great from all my scapular and shoulder exercises, I could walk to the end of a hallway with my eyes shut balancing a book on my head.

I could ride the stationary bike without symptoms and while I found it boring, I was able to formulate some pretty good playlists to actually find enjoyment in it. Those 30-minute bike rides probably helped the most with lifting my spirits. Find ways to make activities you don’t want to do more enjoyable when you can’t do the activities you want to do.

I spoke to a mental health therapist so I didn’t feel like I was overburdening my loved ones. When you take responsibility for your own feelings, it feels empowering.

I made sure to make at least one plan with friends every week. Keeping up with social networks made me feel supported and helped ease the anxiety around my upcoming surgery. 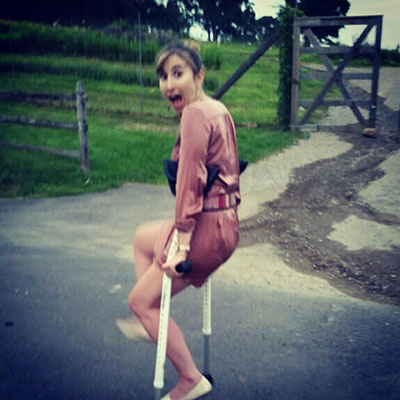 Bermuda and other benefits

Since I spent those four months refocusing my energy, I actually had some pretty great days. Instead of my couch as a primary living space, I got out and was able to travel.

I went from not being able to walk 15 minutes without pain to being able to walk about 35 minutes before I needed to rest. This allowed me to get outside a bit more and clear my head. I took a family trip to Bermuda where I got to paddle board (with modifications) around a bunch of sea turtles!

When it was time for surgery, I felt ready.

Post-surgical recovery was hard and long. After lots of physical therapy and time in the gym, I now walk several miles a day living in Miami and